45 years of experience in gifted education

One of the most recognized youth academic programs in the US

Same curriculum and faculty as offline camps in the US 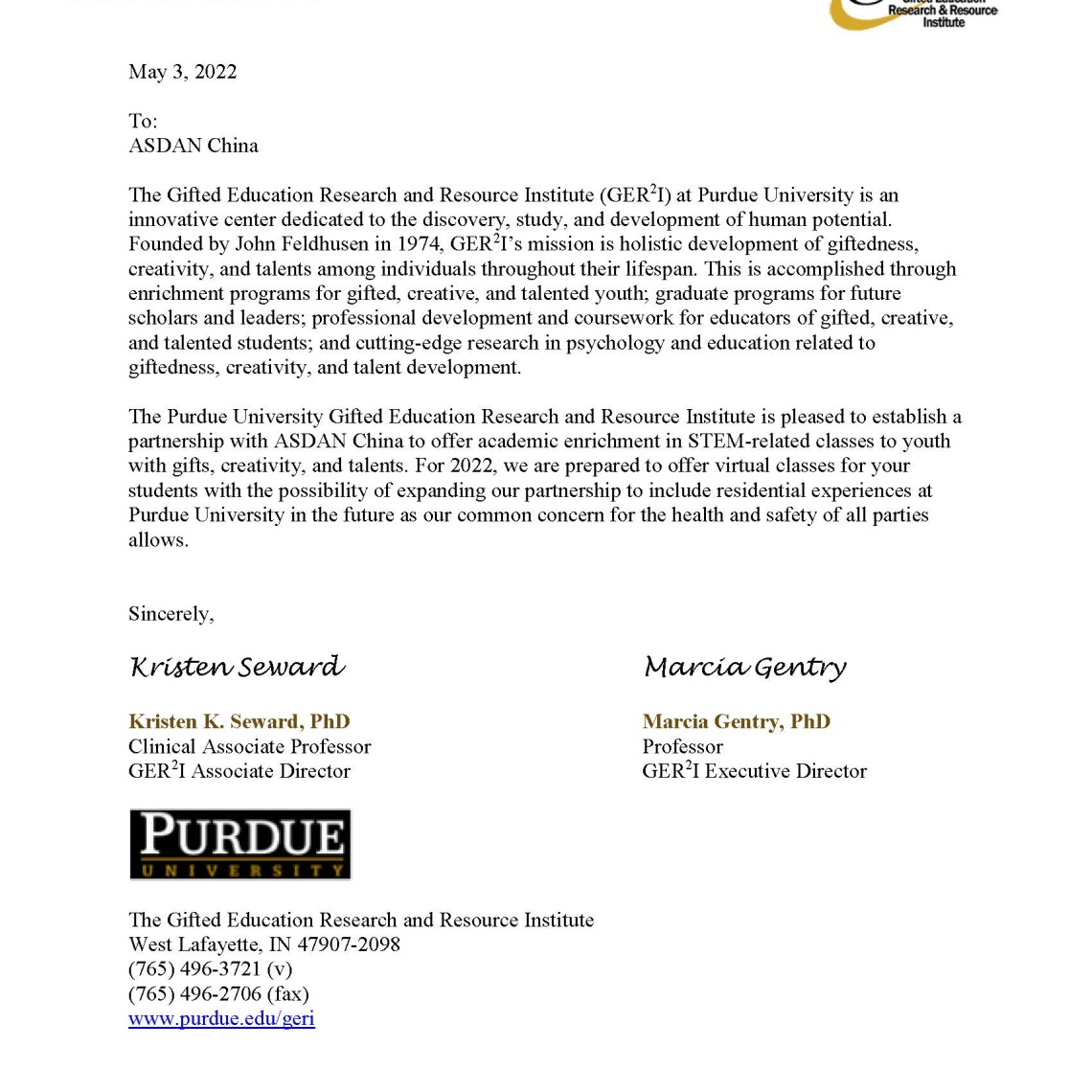 ASDAN China reached a strategic cooperation with Purdue University GER²I in 2022, which symbolizes the introduction of the Purdue University GER²I program to outstanding Chinese youth. The GER²I offers two main types of programs: In-person camps at Purdue University and online camps. Due to epidemic prevention and control requirements, GER²I will work with ASDAN China to open online camps in the summer of 2022, bringing its most classic middle school programs for grades 7 to 9 to China, the topics include: Brain science, Economics, Computer science, Engineering, Future science, Neuroscience.

Purdue University was founded in 1869. It has been ranked as among the best public universities in the United States by major institutional rankings, and is renowned for its engineering program. Purdue is also the founding member of the Big Ten Conference and member of the Association of American Universities. Purdue university has been integral in America's history of aviation, having established the first college credit offered in flight training; the first four-year bachelor's degree in aviation; and the first university airport: Purdue University Airport. Purdue's aviation technology and aeronautical engineering programs remain among the most competitive aviation-specific programs in the world. In the mid-20th century, Purdue's aviation program expanded to encompass advanced spaceflight technology, giving rise to Purdue's nicknames Cradle of Astronauts and Mother of Astronauts. 23 Purdue graduates have become astronauts, including Gus Grissom, one of the original Mercury Seven astronauts; Neil Armstrong, who was the first person to walk on the moon; and Eugene Cernan, who was the last person to walk on the moon.
Purdue has been affiliated with 13 Nobel laureates, 1 Turing Award laureate, 2 World Food Prize laureates, 3 Pulitzer Prize winners, 18 Olympic medalists, 3 National Medal of Technology and Innovation recipients, 2 National Medal of Science recipients, 3 Presidential Medal of Freedom recipients, 7 members of Congress, 3 U.S. governors, and 2 heads of state. Purdue has over 400,000 living alumni. Its alumni have included 26 astronauts, 6 current Fortune 500 CEOs, 2 Rhodes Scholars, 4 Truman Scholars and 3 Gates Scholars.

The Gifted Education Research and Resource Institute (GER2I) at Purdue University is an innovative center dedicated to the discovery, study, and development of human potential. Founded by John Feldhusen in 1977, GER2I’s mission is holistic development of giftedness, creativity, and talents among individuals throughout their lifespan. This is accomplished through enrichment programs for gifted, creative, and talented youth; graduate programs for future scholars and leaders; professional development and coursework for educators of gifted, creative, and talented students; and cutting-edge research in psychology and education related to giftedness, creativity, and talent development.

Every summer, for over 40 years, GER²I has engaged gifted, creative, and talented students from across the country and around the world in residential camps designed to stimulate their imagination and expand their abilities. Students take challenging courses, and participate in engaging recreational activities. GER2I offers on a wide range of topics in computer programming, railroad engineering, rocketry, and aerospace, as well as courses in physics, math, science, social studies, art, and language arts.

Brain Games: Messing with Your Mind

Can your brain grow through gaming? Using concepts in cognitive psychology, interaction design, and artificial intelligence, let’s explore how our brains work and create unique strategies for getting the most out of our brains. Through playing and making games, we’ll build game-like interactions at the same time! 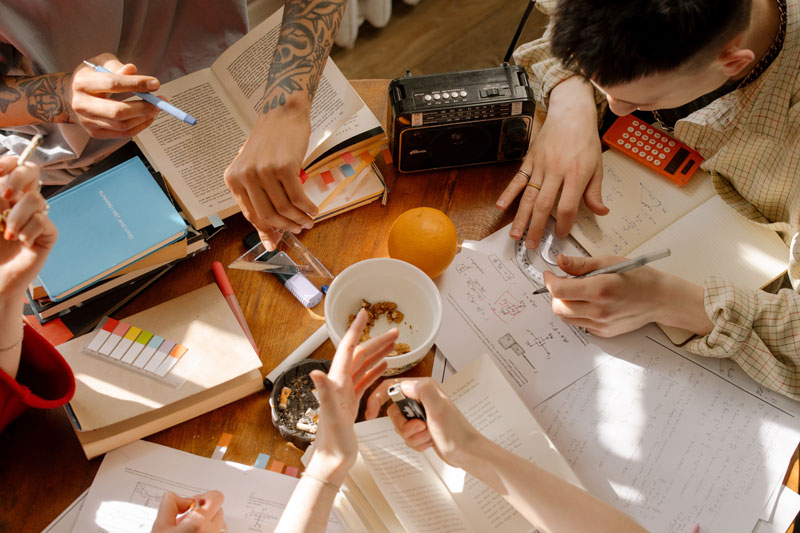 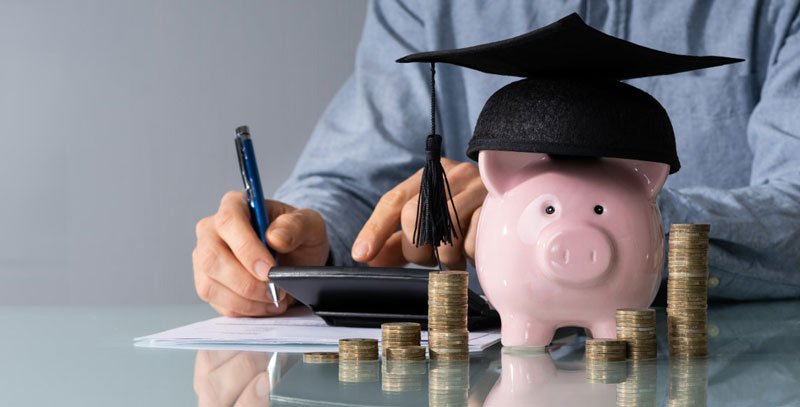 Race against the clock to solve real-world dilemmas with a STEM spin! Step into a company employee’s shoes and use collaboration and problem-solving skills to address case-based problems. Integrate several disciplines, including leadership, humanities, technology, management, economics, resource availability, globalization, and current events to plan and pitch your solutions to your company’s CEO.

Sci-fi movies are fascinating, aren’t they? Ever wondered if you could be an engineer who turns sci-fi into reality? Take the first step into decoding and applying hands on engineering skills for the future. Through hands-on activities, we will explore artificial intelligence, computer aided design and automation, and sustainability that are changing the core of engineering. Let’s start now for a better tomorrow! 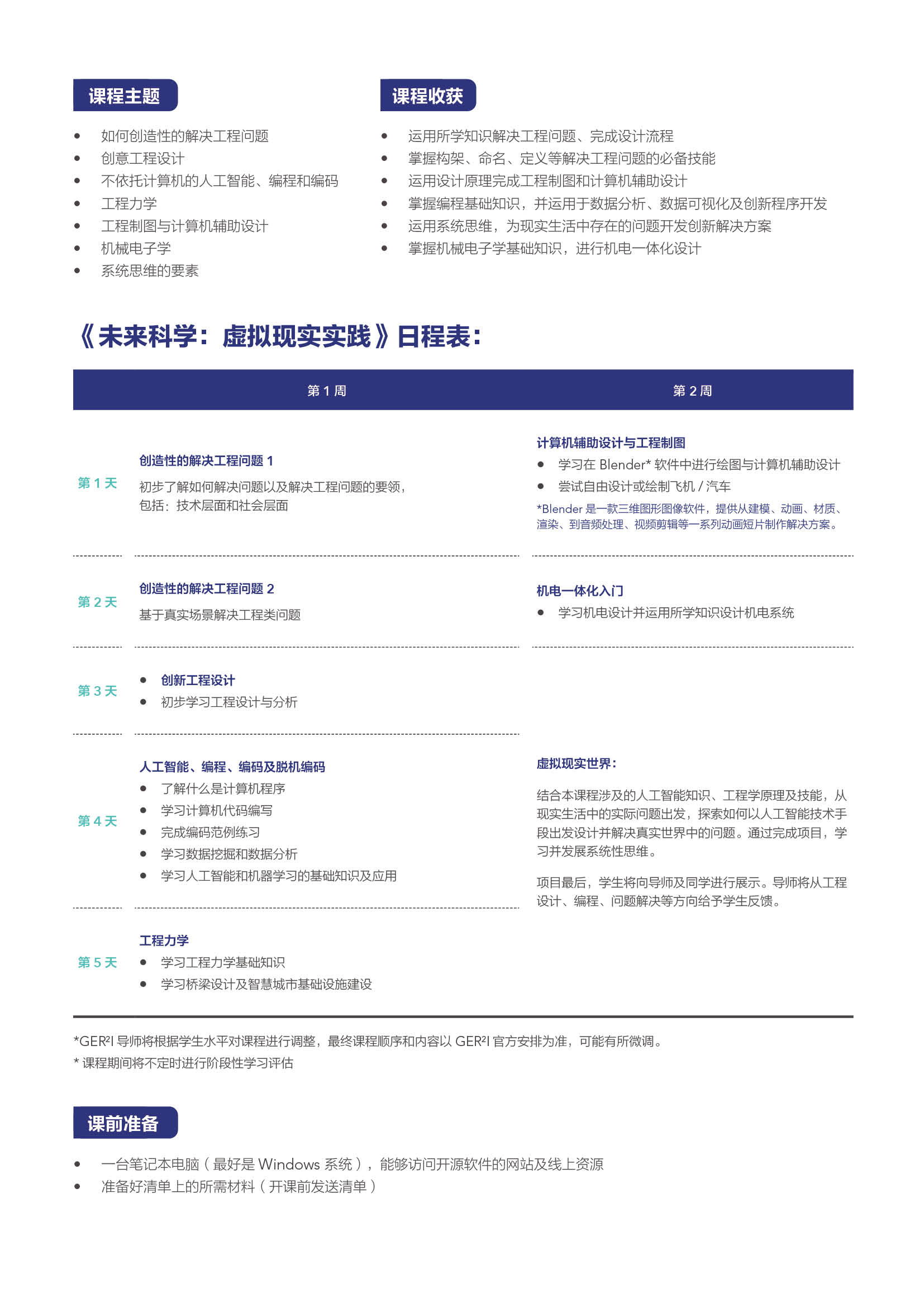 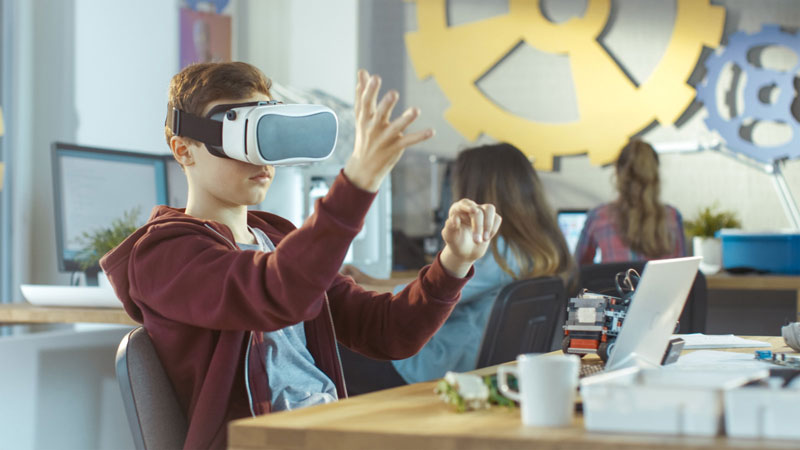 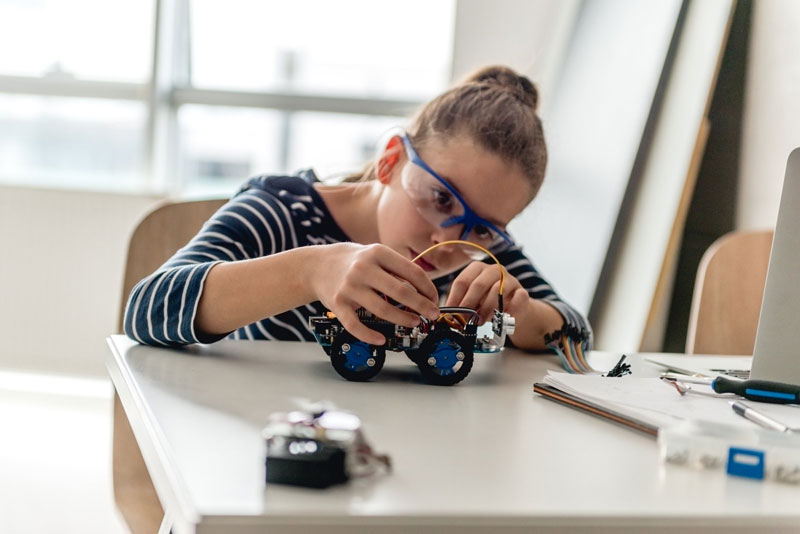 Students, engineers, artists, and hobbyists around the world design and build Rube Goldberg-style machines to satisfy society’s fascination with these creative contraptions. Apply the engineering design process to construct STEAM Machines (i.e., chain reaction machines that run on STEM and Art concepts) using everyday objects and technology such as motors, sensors, and micro-controllers. Gain experience with systems thinking and multi-team collaboration as you learn real-world engineering skills and explore pathways to engineering careers. 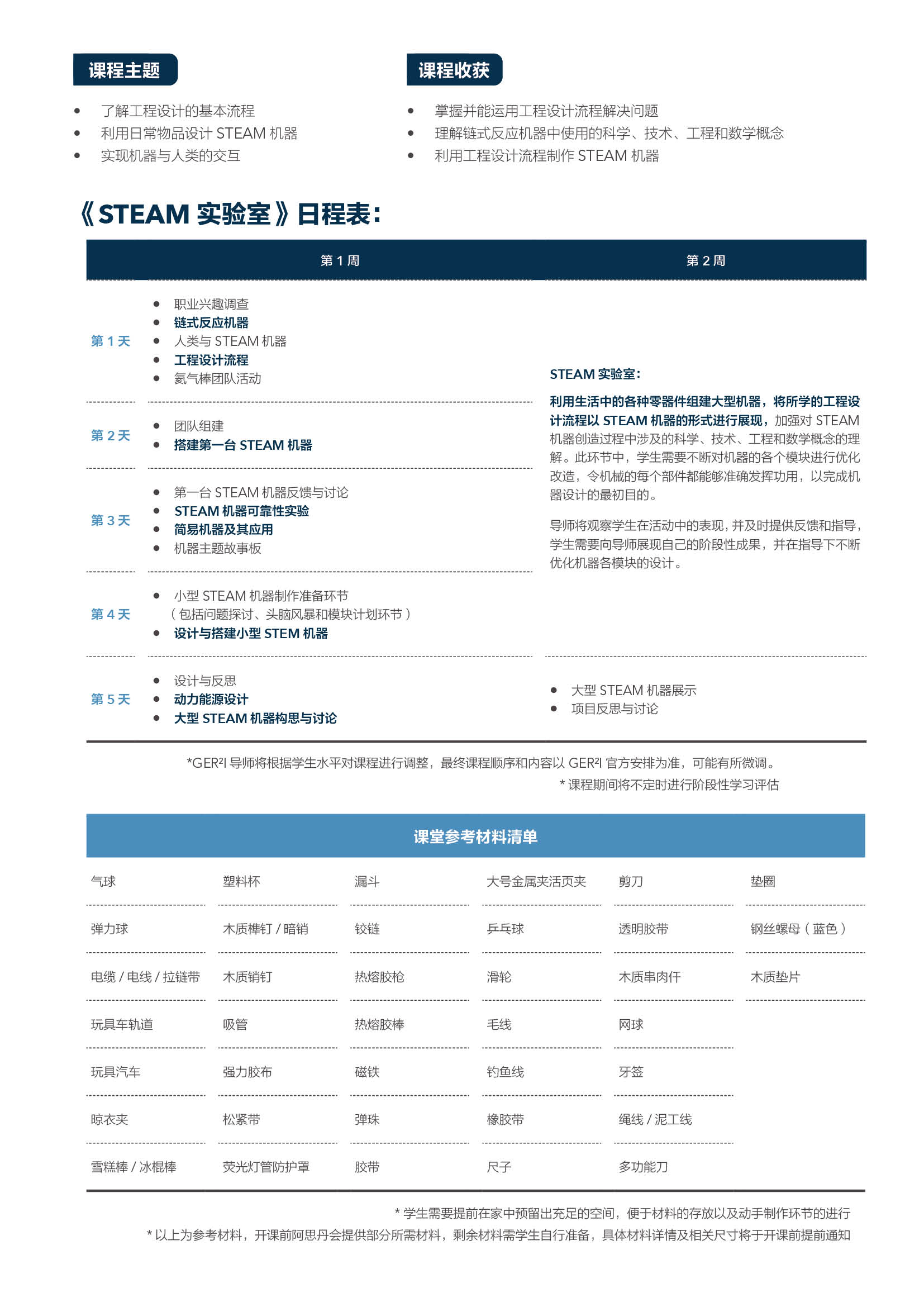 Want to be a neuroscientist? Let this be your first giant leap! Using a number of mini-experiments and interactive activities, we’ll explore many aspects of neuroscience, including brain structures and functions, the nervous system, brain scans, and neurological disorders. 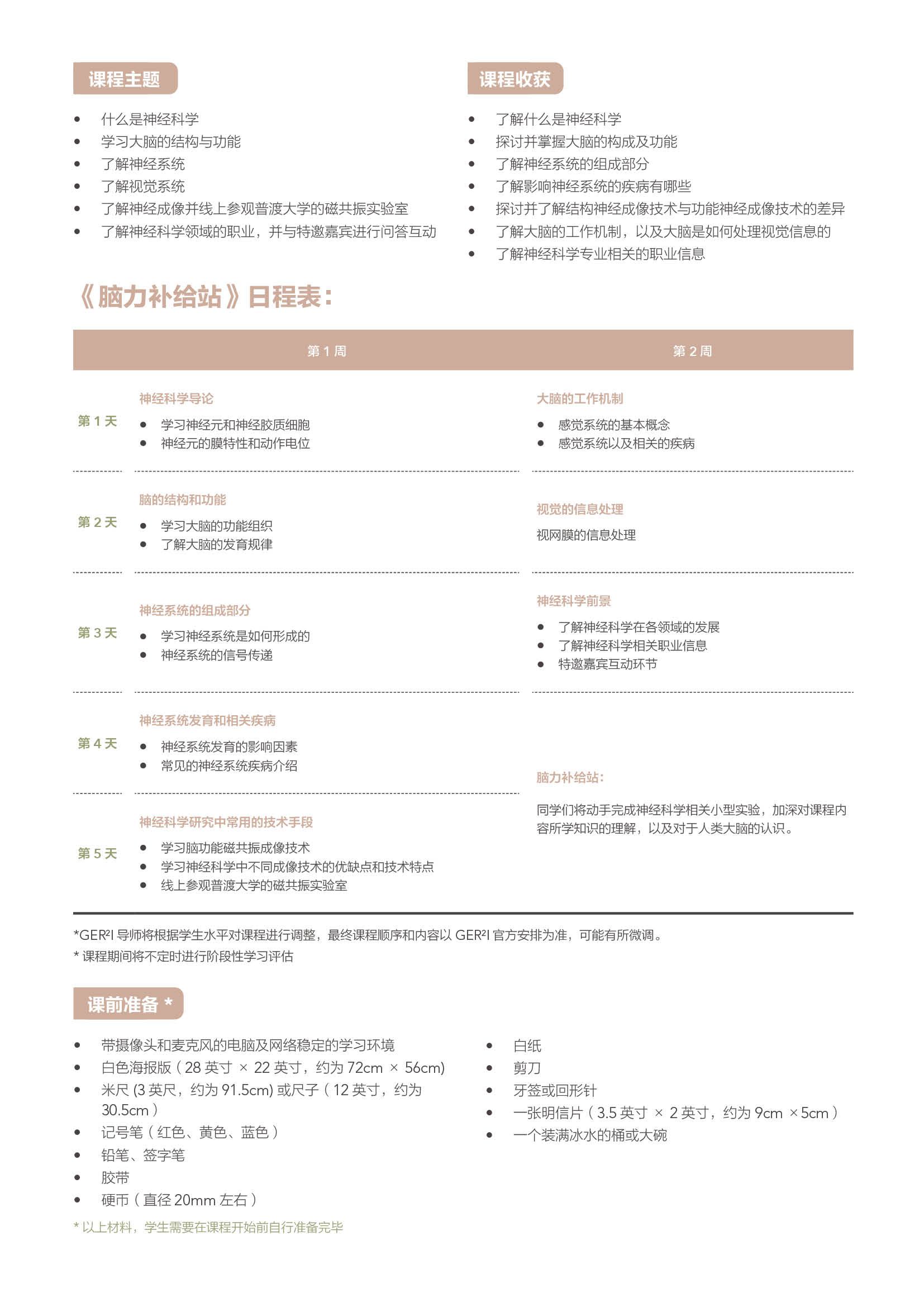 Python Programming for the Future

Do you want to be a 21st-century programmer? Here is the opportunity you have been waiting for! Python is a 21st century, powerful, open-source programming language that is also fast, friendly, and easy to learn! Jump right in with scripting, game development, website designing, and data analysis using Python. Solve real-world problems by mining big data in this hands-on and project-based exploration.


Schedule
Python Programming for the Future 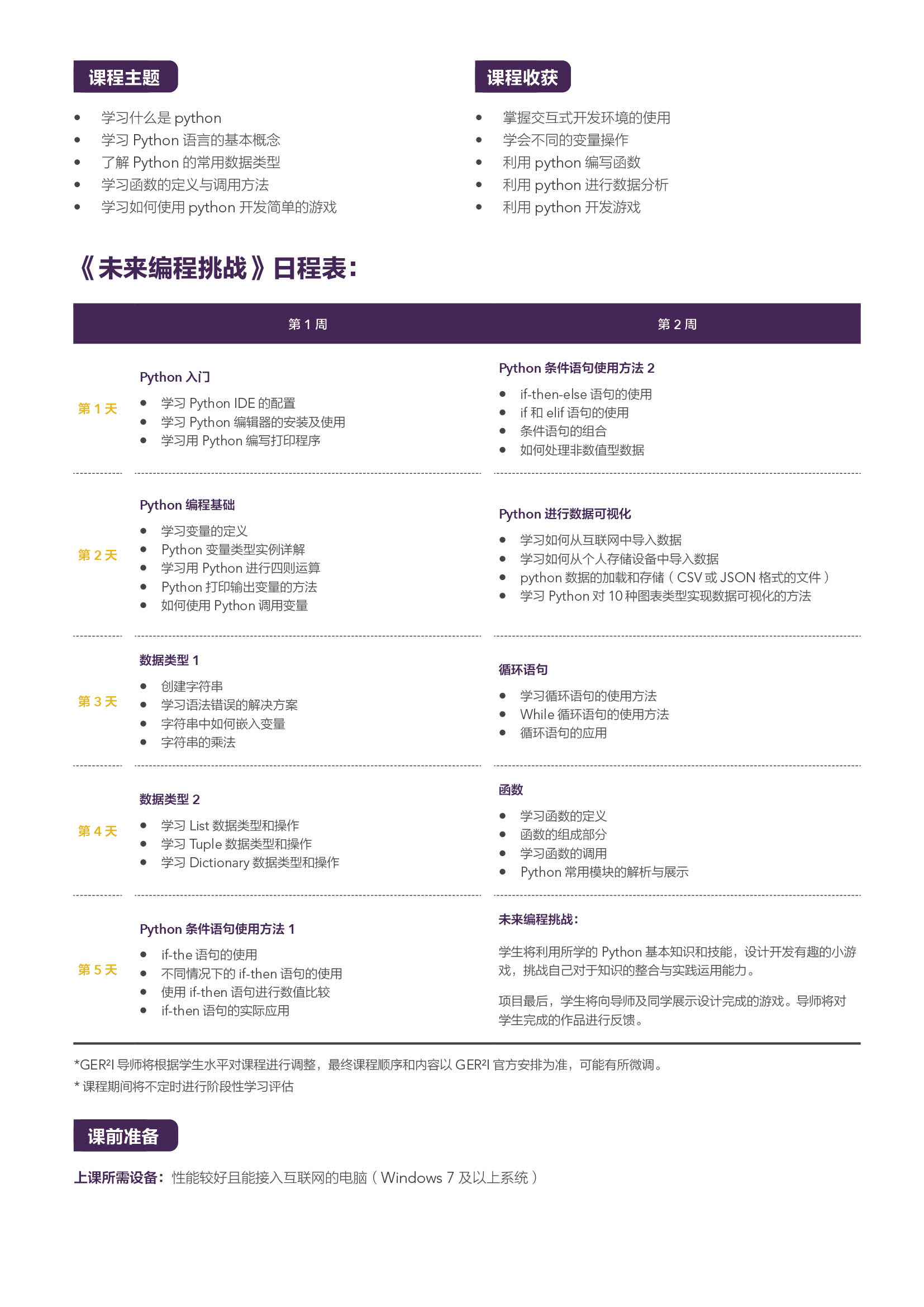 *The final schedule is subject to change by Purdue University GER²I

At the end of the program, each student will receive an official certificate of completion and a personalized evaluation report from Purdue University The Gifted Education Research and Resource Institute (GER²I). 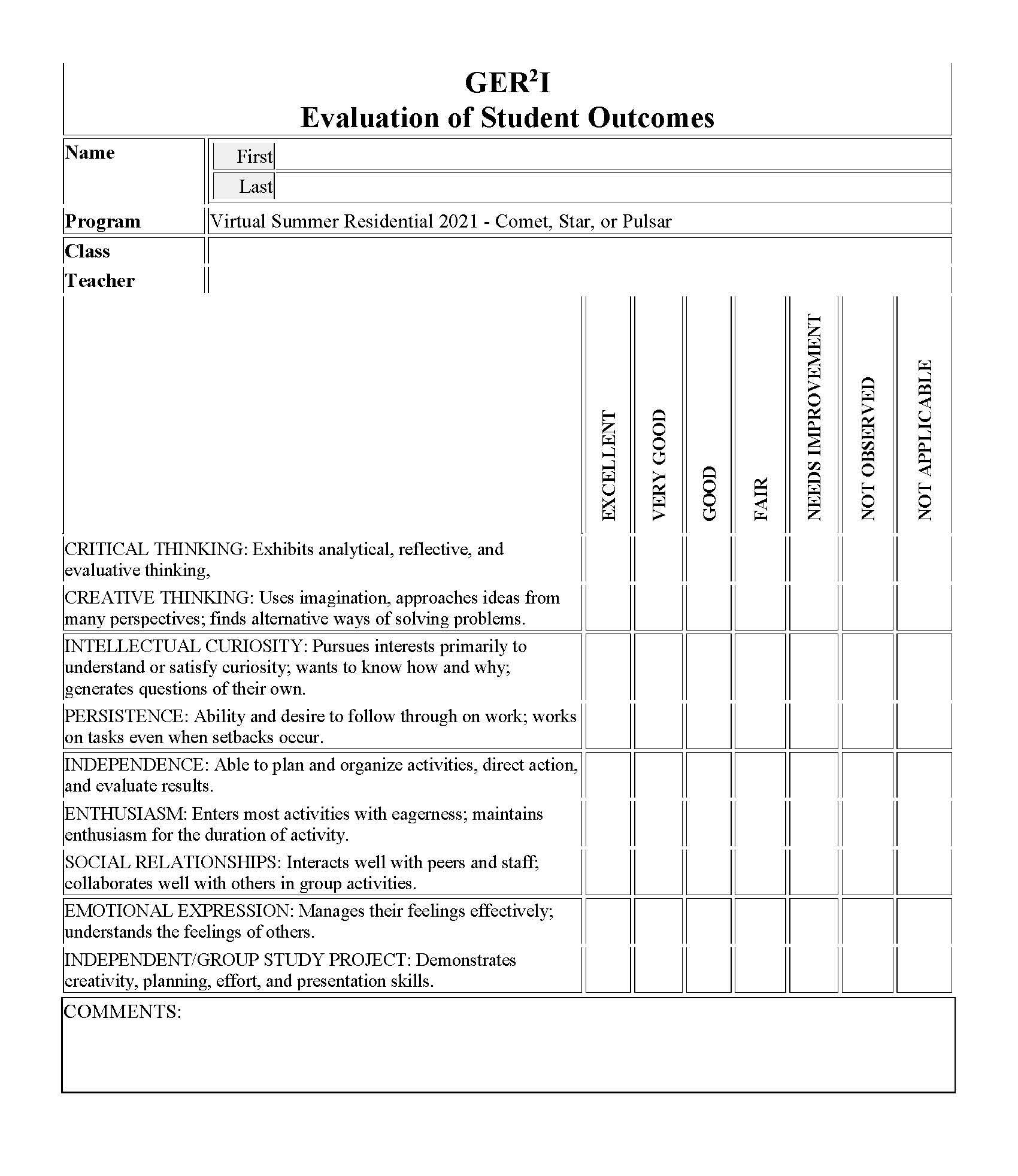 Up to 18 students per topic 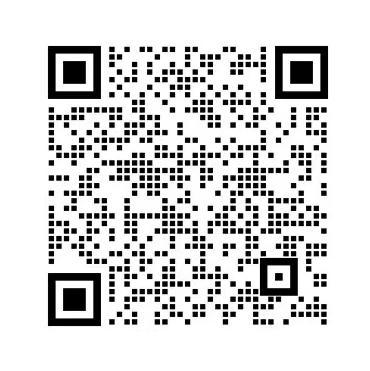 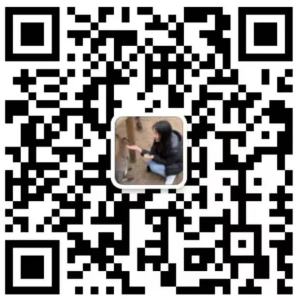 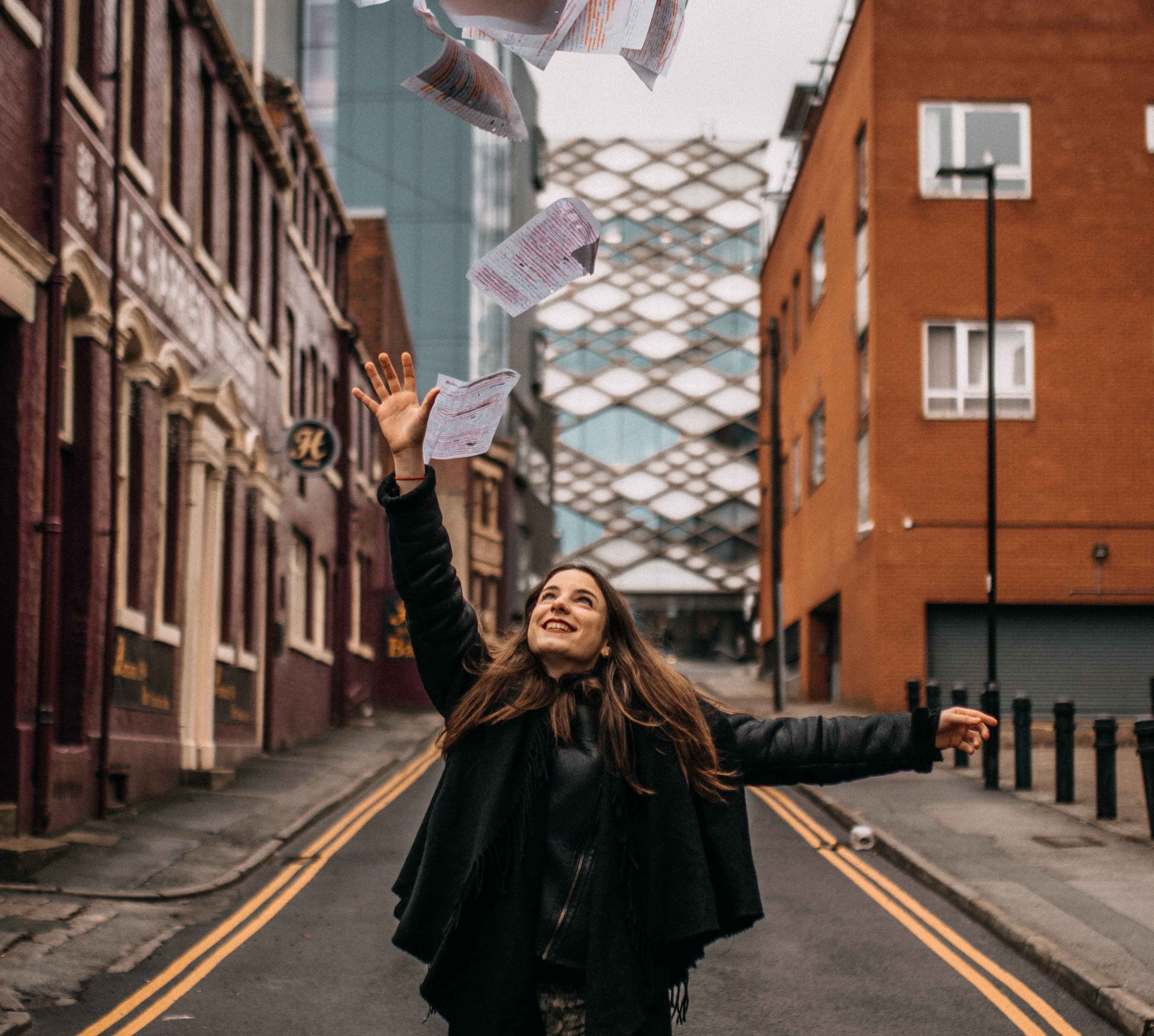 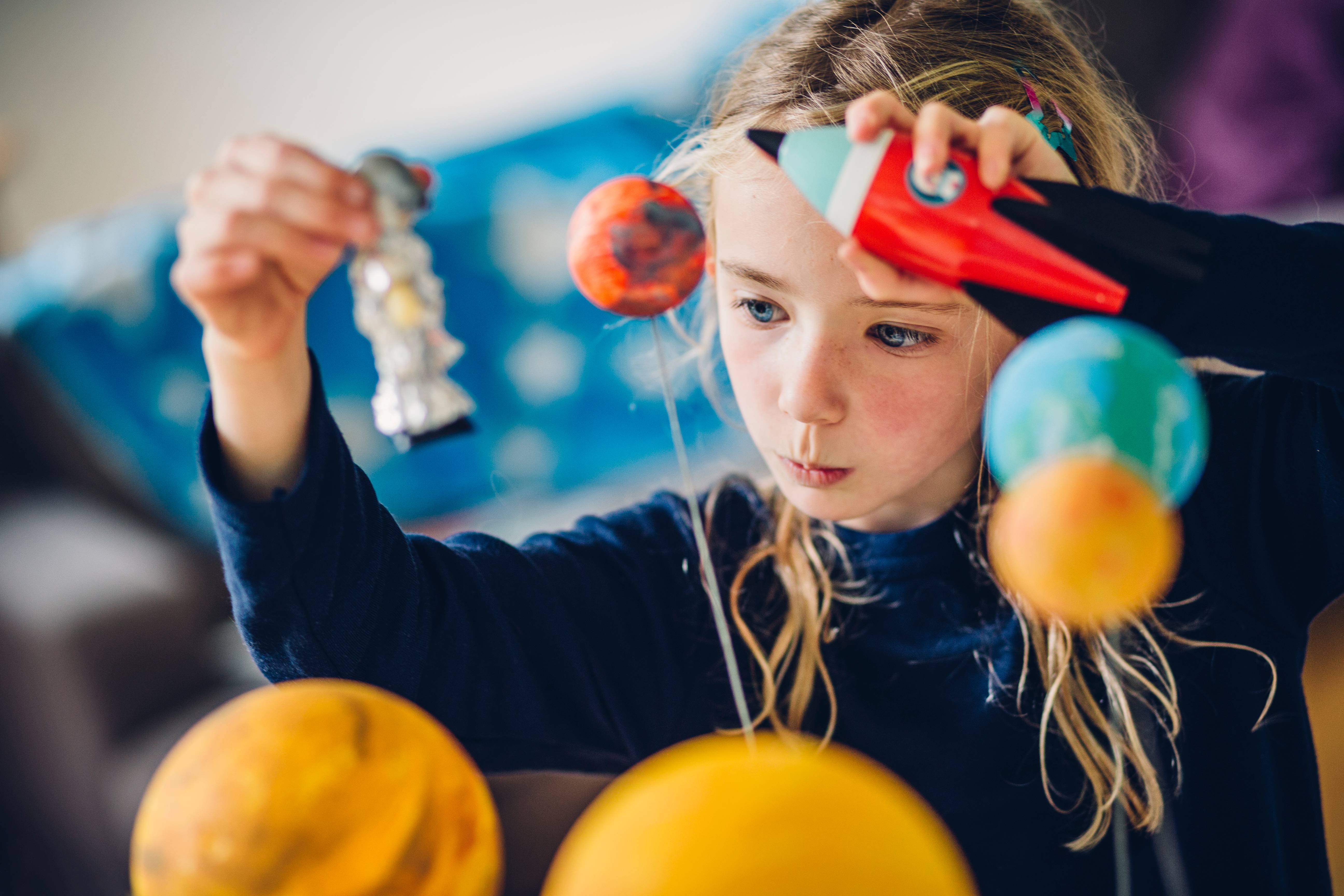 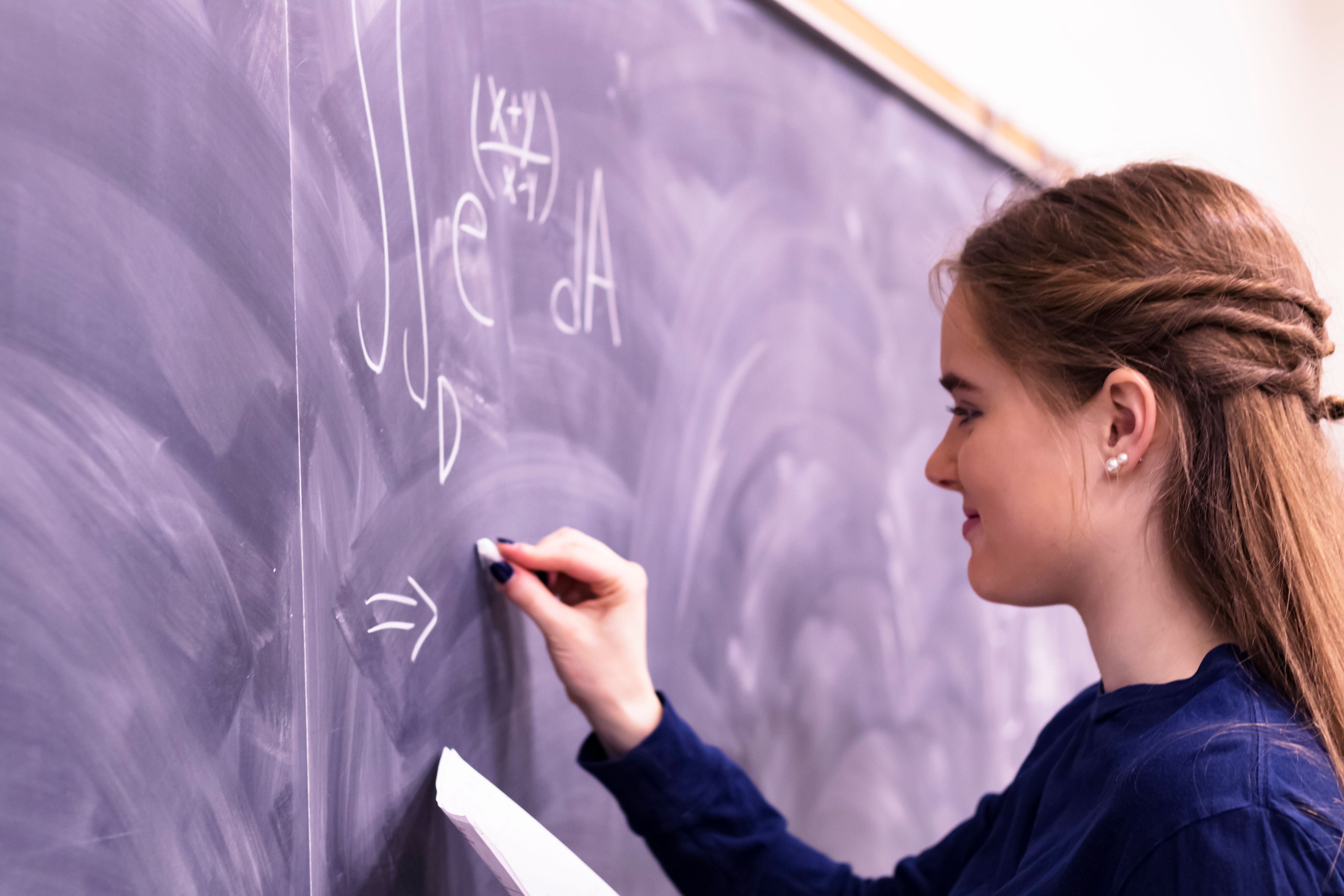 The ASDAN Math Tournament seeks to provide students wishing to compete in China a valuable chance to experience a US-style math competition without the cost and hassle of traveling to the United States. The team of problem writers is composed of alumnus from Stanford, MIT, UC Berkeley and Princeton University. … END_OF_DOCUMENT_TOKEN_TO_BE_REPLACED 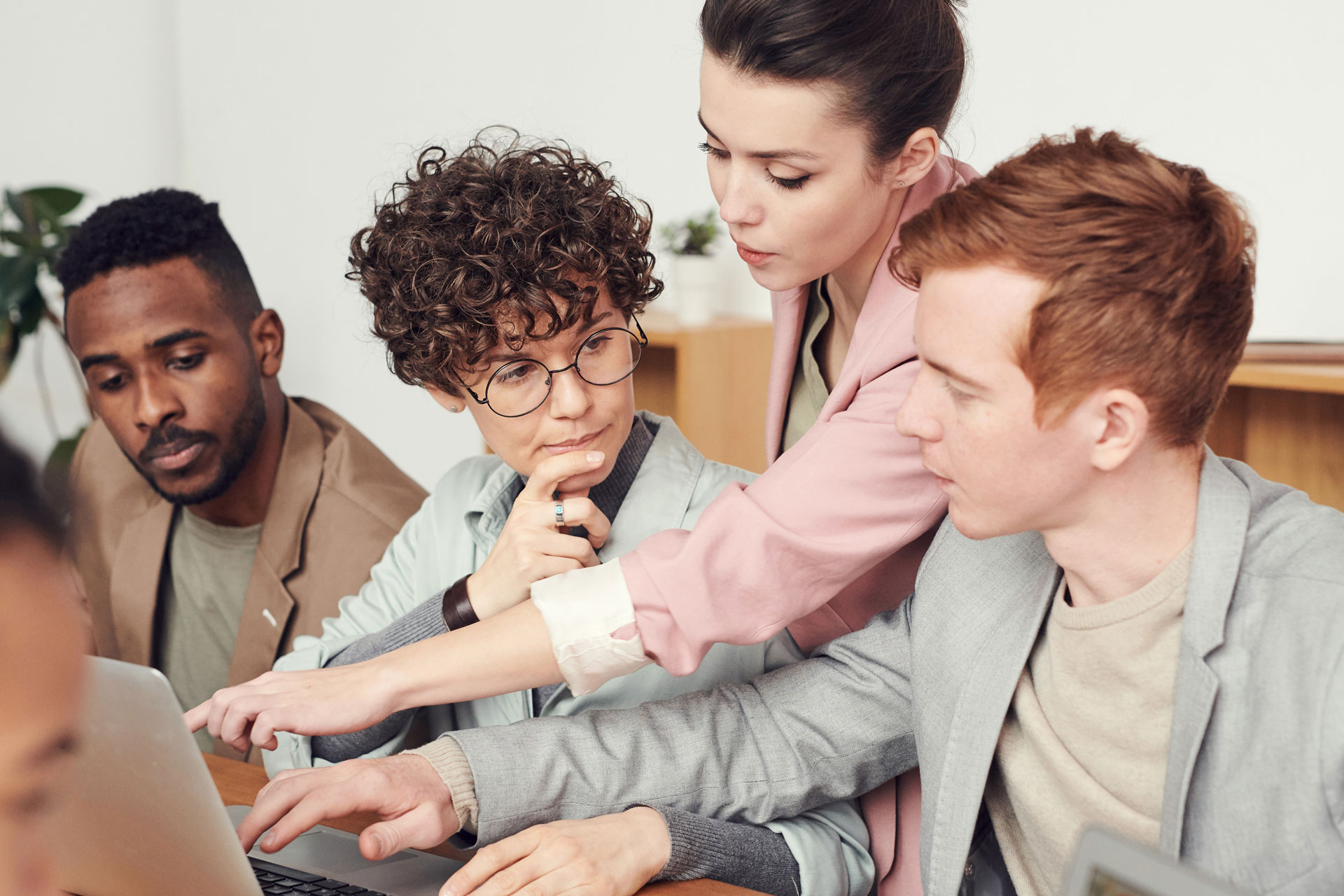